Show of strength at the inaugural 135 mile Rebellion Ultra Marathon

The Glyndŵr's Way National Trail is an unusual National Trail as it doesn’t follow any particular geographic features or any historic routes. It is named after and visits places associated with Owain Glyndŵr, who led a rebellion against the English and the last Welshman to hold the title Prince of Wales.

Competitors had a maximum of 72 hours to run through the farmland, private forests and private estates, covering a total ascent of over 25,000ft (7700m) to complete the race.

The weather was not kind to the 33 runners that started the event and didn’t ease their challenge. The evening of the 3rd started warm and clear and looked like being great conditions. Then the race started and the heavens opened! The heavy rain continued through the night letting up when the sun finally rose and a beautiful day followed. Then again as night fell the temperature dropped, significantly and the rain, wind, hail and sleet welcomed them into the night again. Many athletes had to withdraw from the event due the cold and exposure.

Every competitor had a live GPS tracker enabling spectators, family, friends, supporters and people in the local area to see position of each runner. 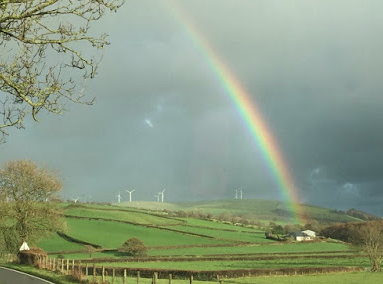 From the 33 entrants that started the event, 11 completed the event. Those who did not complete the full 135 miles still left feeling like winners – as explained by Grant Vernon who was raising money for Forest Holme Hospice Charity.

“Mile 76 of 135 and 27 hours marked the end of my challenge but the feedback I received made me feel like I’d won an Olympic gold medal. In my haste to update my followers I shortsightedly reported that I had “failed in my mission” which in retrospect couldn’t have been further from the mark if I had tried. After a few hours reflection it was apparent that if I truly believed I had “failed” then I had missed the whole point of what this challenge had been for.”

Iain Prentice who completed the event in 6th place commented -

“It was hard but I would definitely recommend this event to friends who are ultra runners, it's always interesting to explore a different area too that isn't well covered by other events. Actually I have a few friends who are interested for next year already! (hooked by following
the [GPS] trackers!).”

Many other competitors experienced in ultra-marathons have remarked not only on how challenging and beautiful the Rebellion course is, but also on their desire to return for 2018. Entries to the race for 2018 are now open on the Up Hill Down Dale website.

Entry fees for the 2017 event were charged at £185 and like all Up Hill Down Dale events, all profits are donated to charity partners The Movement Centre.

For more information on the Rebellion Ultra, Up Hill Down Dale, or the work with charity partners please contact Belinda on 07715 027756 or via info@uphilldowndale.com