Charities Helped By The Runners of Snowdonia Slate Trail Ultra 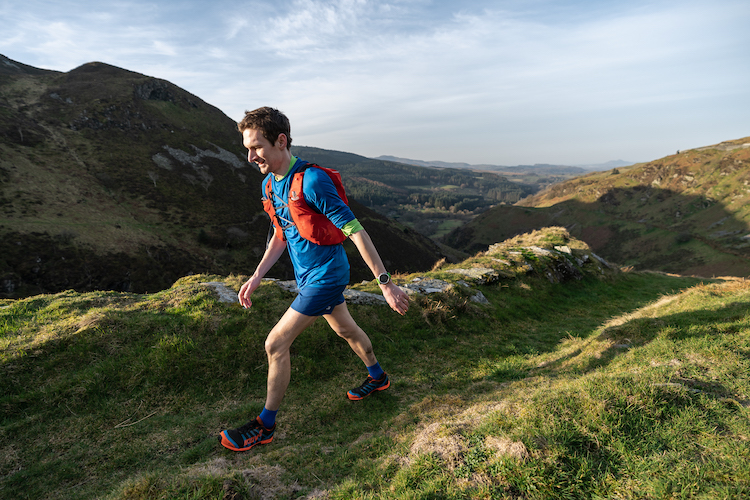 We all have different motivations for pushing ourselves to our limits. Here are the stories of three runners who took part in the Snowdonia Slate Trail Ultra last month!
SAM HOBBART
Sam told us at UHDD - "
I chose the Snowdonia slate trail ultra marathon because i grew up in Beaumaris and went to school in Llandudno before moving to Liverpool. I spent a lot of my childhood years walking and climbing around snowdonia so thought it would be nice to go back again and i knew it would be a real challenge. I also chose the SSTU as i had read the reviews and feed back from your previous events and it was all good so it was a no brainer." Sam raised £1600 for Healing Little Hearts and donations can be made at www.totalgiving.co.uk/mypage/hlh-sam
OWEN GAYLE
Owen was raising funds for ARC Goa - a voluntary animal rescue centre based in Goa, India. Their work includes emergency care for injured and ill animals, birth control programmes, disease preventative vaccinations, feeding strays during monsoons.
Owen told us his reasons for choosing the Snowdonia Slate Trail Ultra were -
"Snowdonia has been a personal favourite location for me so to be able to run an ultra here was an amazing opportunity. The slate trail sounded like you needed to be very self sufficient which was exactly the type of challenge I was looking for. The fact that it was the first time this trail would be attempted as an ultra marathon was very exciting.The money I raised was to help go towards some small build work for their animal food storage room as they currently have a rodent problem and also to help towards a battery back up unit to power the surgery room during monsoon periods and daily power outages."
Owen raised over £620 for ARC Goa - donations can be made at www.gofundme.com/OGARC
ANDY GRANVILLE
Andy (pictured above) told us his reasons for raising funds by taking part in the Snowdonia Slate Trail Ultra - "
I am a primary school teacher at Mornington Primary School in Nottingham. I wanted to raise enough money to purchase a defibrillator machine for our school and all its users. We have staff, children, after-school clubs, community use and 'open' fairs at Summer and Christmas. With such a high footfall, I thought this lifesaving piece of equipment was of a priority.
I chose the Slate Trail Ultra as I have done other fundraising for school before and I needed something bigger, harder and with even more 'WOW' factor. The time of year was also perfect as I could then get the defibrillator before the end of the year, so children and parents could see where their sponsorship had gone.
We raised funds through a 'Wear it sporty' day and a circuit training session for each class. This session was delivered by myself and Luke Wigman (double Invictus Games Gold Medalist) and the children gained their own sponsorship to put towards the fund. Also donations from colleagues, friends and family were added in. The current total amount is a staggering £3,315. I am incredibly grateful to all my sponsors and glad I completed the race. It was the hardest thing I have done, but I got through it thanks to the cause, mindset and support from fellow racers. Thanks to Belinda and the team at Up Hill Down Dale."
Andy also told us his recovery might take a while -
"I'm not 100% haha I have torn my right calf in two places and possibly ruptured my ligaments in my right knee. I haven't returned to work yet. About 20 miles in, my left leg went into a hole, all the way above my knee but my body kept going with the momentum which is what I think did the damage. But I couldn't give up with all the children excited for me to do the race (my own and school). I'll heal up though. Feeling better each day."
Donations for Andy's charity can be made at
www.justgiving.com/crowdfunding/mrg-runs
A massive congratulations to everyone who attempted the Snowdonia Slate Trail Ultra!