Llandegla Trail Races are a hit

The fourth race of the 2016 series started sunny and warm and get hotter as the day went on. The weather had been warm the week before the event and as Sunday arrived the trend continued and the temperature increased. Lucky most of the route was in the shade of the forest. Just over two hundred people took part in the fourth race of the season at Coed Llandegla on Sunday the 5th June 2016. 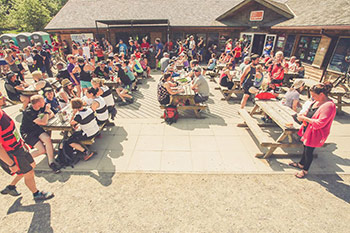 The running wasn't easy given the heat but that didn't seem to dishearten the competitors.
There was some great feedback about the day and the route - "Loved the route, great day!", "Way more interesting and fun than road running" and "what a lovely atmosphere"

Thank you to everyone who took part and helped out on the day. It was a fantastic day and we couldn't do it without you.